The Last Sailors – The Final Days of Working Sail

CLICK IMAGE ABOVE TO PLAY SERIES TRAILER, GET MORE INFO & PURCHASE FROM SAILFLIX VIMEO ON DEMAND

Running time: 2 hrs. 30 min.
The Last Sailors chronicles the working sailing craft still underway in the final decades of the twentieth century. Orson Welles’ narration gives the film the gravitas this subject deserves, as most of these sailors and their craft have now vanished forever.

Sailflix Vimeo on Demand: Rent or Download-to-Own the Series

When you BUY, get Downloads and enjoy free Online Streaming
everywhere there is a Vimeo App: computer, tablet, smart phone, smart tv.

Scroll down for episode descriptions.

The Last Sailors: The Final Days of Working Sail

A film series by Neil Hollander
Narrated by Orson Welles

The Last Sailors chronicles the working sailing craft still underway in the final decades of the twentieth century. Orson Welles’ narration gives the film the gravitas this subject deserves, as most of these sailors and their craft have now vanished forever.

To make this documentary series, Director Neil Hollander sailed a ten-meter sailboat nearly 25,000 miles over three years to isolated locales around the world. He filmed in 15 countries, meeting and working alongside men who still earned their livings from the sea in the old traditions of sail. He later wrote a book of the same title recalling his experiences with eight surviving sailing craft, all representative of distinct cultures or geographic locations.

“Magnificent footage of the beauty of the sea and the splendid geometry of sail.” – New York Times

Born 1939, Neil Hollander is an American writer, film director and producer, journalist and sailor who has sailed across the Atlantic, Pacific and Indian Oceans. He has conducted more than thirty interviews with Nobel Prize winners, and his work has been exhibited in a number of museums, among them the Smithsonian, the Deutsches Museum, and the Jim Thompson House in Bangkok. Click for more.

Born on May 6, 1915, in Kenosha, Wisconsin, Orson Welles began his career as a stage actor before going on to radio, creating his unforgettable version of H.G. “Wells’s War of the Worlds”. In film, he left his artistically indelible mark with such works as “Citizen Kane and “The Magnificent Ambersons”. He died of a heart attack in Los Angeles, California, on October 10, 1985. Click for more.

Sailflix Vimeo On Demand – Buy or rent the complete series 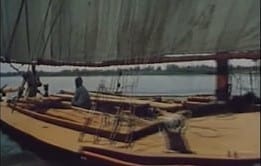 Describes the remaining classes of working sailing craft still operating in the final decades of the twentieth century in inland waters, costal waters, and on the high seas. These craft are sailed by peoples in remote locations, in less developed countries quickly being modernized by globalization. So their days are numbered. 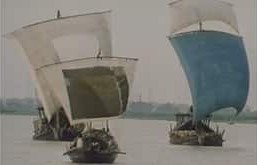 In this segment, we explore the inland waters of the world where working sailing craft are still used on lakes, bays, rivers, and lagoons. These vessels are sailed primarily for fishing, and maritime commerce: hauling food, timber, and other products to local markets.

In this segment we visit coastal areas around the globe where sailors still use their craft to make a livelihood, but on longer voyages. Fishing and maritime commerce are the main uses of these aging craft, which are quickly being replaced by modern powered vessels, even in the remotest coastal regions. 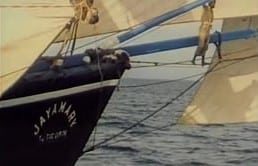 In this segment, we look at the last remaining windjammers sailing offshore to remote ports during the final decades of the twentieth century. Sometimes the economics of sail works in their favor, but these opportunities are rapidly dwindling and with them the survival of these last working tall ships. Please note, these vessels are a separate class from the tall ships now sailed as historical restorations or replicas, mainly for the tourist trade. 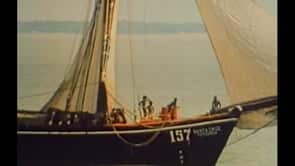 Large numbers of working sailing craft, mostly in remote areas and less developed countries, continued into the last decades of the twentieth century. As we move forward into the twenty-first century, those numbers are probably much, much smaller. This series provides a unique glimpse into a little known world of nautical history that continued sailing traditions as old or even older than the pyramids. Here is what could be the last and most extensive film record of working sail and its last sailors.

Buy or rent the Full Series with Sailflix Vimeo On Demand using the free extended series trailer below.

When you BUY with VIMEO ON DEMAND, get Downloads for Offline Viewing and enjoy free Online Streaming
everywhere there is a Vimeo App: computer, tablet, smart phone, smart tv.

There are no reviews yet.

Only logged in customers who have purchased this product may leave a review.

We recommend you Rent or Buy through

from any device with a Vimeo App:

We recommend you Rent or Buy through

from any device with a Vimeo App: